Profile
Set up your profile and make it professional. Leave out the drastic opinions and swear words. Most readers are not interested in that stuff anyway. The basic take-away is that if you are using Twitter as a business tool, then your Twitter profile must be original and professional.

Tweet
Pick out key points from your blog posts and use them in your tweets. Place the key point in a tweet, add a link, and then send it out to your followers. Don’t place your tweets out there only once, try to reword the key point so they look fresh and new, and then tweet them again.

Engage with others
When you find someone that tweets interesting or informative information, take the time recognize that person. There is a person that I follow on Twitter; he posts some good stuff pertaining to SEO and social media. There’s no use in me trying to outdo him, so, I tweeted a couple tweets that told my followers that if they wanted good information on SEO or social media that they should follow him.
Retweet (RT), when you are on Twitter and read an interesting tweet, retweet it to your followers.  The social interactions build your followers. This helps others gain trust that you are in this as a professional.

Schedule
Set up a tweet schedule and tweet often. Use one of the free social management services that allow you to schedule your tweets in advance. I use the free service from HootSuite. Write out your posts in the morning and set the time of day that you want them to hit the Twitter stream. Try to schedule your tweets a few days in advance, that way you have time to concentrate on your writing and other duties, such as tweeting, RT, and following others.

I hope these tips help you to become successful with Twitter in the following year. In all honesty, I put Twitter on the back burner in my social media list. I was going to focus on other social media avenues, but as I played around with Twitter, I quickly came to see the benefits of Twitter as a great business tool. 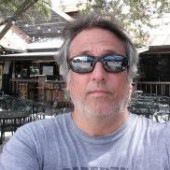 The Simple Solution to Grow Your Following

Increase Your Twitter Engagement with These Three Quick Tips